"Yesterday I was clever, so I wanted to change the world. Today I am wise, so I am changing myself.”

When we understand that projection is perception, this quote makes so much sense.

Many of us have also heard the saying that originated from Gandhi: Be the change you want to see in the world.

The meaning of these are twofold:

1) We see in others what is in us. So if we are compassionate and positive, we will see that good in others.

2) Our perception of others influences their behavior and results. If we see good in others, and believe they are capable of it, they will believe in themselves and live up to our expectation of them.

There was a study of a group of children in relation to perception. A new teacher was told that the ‘special needs’ teacher was unavailable so they would have to teach these students. that year the students averaged C’s with that teacher. The next year, they gave those same students to a new teacher that was told the students were gifted and the teacher who should teach them was unavailable, so this teacher would need to teach them this year. This time the same students received all A’s & B’s. The only difference was what each teacher believed they were capable of.

Another fabulous quote that I like to reference is by Johann Wolfgang von Goethe, from The Decisive Element. There is a part that says: “…If we treat people as they are, we make them worse. If we treat them as they ought to be, we help them become what they are capable of becoming.”

Exercise:
What do you want to see more of in the world? Rather than talking about how it does not exist, set an intention to be that change. Once you do this, you will begin to see more of it. 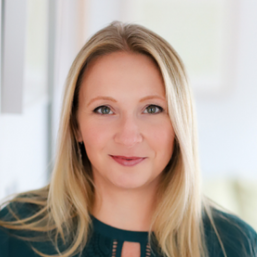 I'm committed to educating and inspiring others to be the light in the world they want to see. Together we will normalize compassion and authenticity, living fulfilling lives.

Recognizing the impact that leadership has on the success of an organization and the intrinsic need of our teams to operate with excellence, at MarkahVida we are passionate about helping leaders define the Who, What, Why and How to achieve their goals; personally, professionally and organizationally.

You don't have permission to register